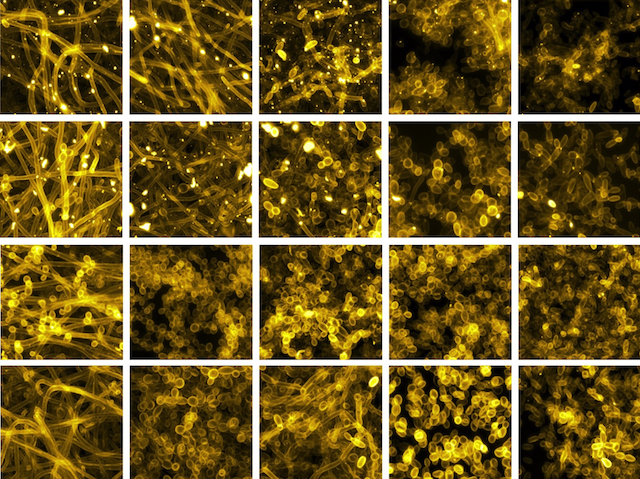 We’re all fundamentally the same yet can look vastly different from each other. Turn to the microbe Candida albicans and it too shows considerable differences within its species. This pathogenic yeast forms almost impenetrable sheets called biofilms when infecting humans, making treatment difficult. Research however often focuses on just one strain of C. albicans. Now researchers look at the effects of mutating four key genes needed for biofilm production in the strain most commonly studied in the lab as well as several others isolated from patients. Using confocal microscopy, they visualised the production of projections called hyphae (pictured), a key feature of C. albicans biofilms. They found the effects of each mutation (second to fourth columns) relative to the normal state (far left column) varied significantly across strains (rows, top to bottom). To get a more complete picture of how C. albicans functions, research into multiple strains is therefore needed.