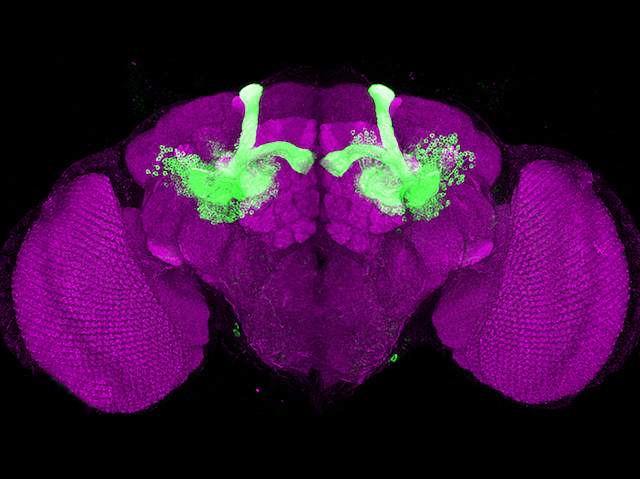 These bright green structures are mushroom bodies – tightly-packed collections of nerve cells in the brain of an adult fruit fly. First described more than 150 years ago, they play an important role in learning, particularly around smells, and are often used as a model for human memory-making. Nerve cells in mushroom bodies communicate in two different ways – either through releasing and receiving chemical signals, or by direct electrical connections – but it’s not clear exactly which processes are at work in the mushroom body as memories are made. To find out, researchers removed one of the genes that builds electrical connections between mushroom body cells (known as gap junctions), finding that these flies could no longer learn to associate a particular smell with a mild electrical shock. This shows that direct electrical communication is a key part of memory formation and retrieval in flies, and might be important in human brains too.