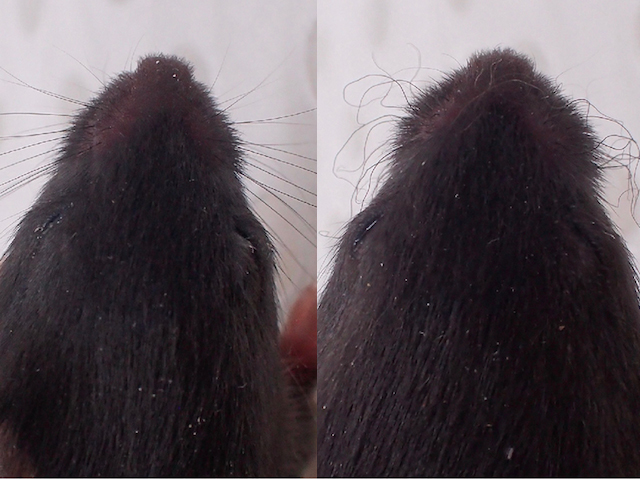 Look carefully at these two mice and you’ll notice something strange about their whiskers. The animal on the left, which is genetically normal, has strong, straight hairs poking from its snout. But its littermate has short, curly whiskers. This unorthodox hairstyle is caused by an inherited fault in a gene called zyklopen, which was first identified in a child with very sparse and unusually short, curled hair. Curiously, the gene seems to be involved in controlling the chemical state of iron inside cells, although the exact connection with hair growth is still unknown. Not only do faults in the human version of the gene (known as HEPHL1) cause hair growth problems, they’re also linked to more serious health issues such as ADHD, speech disorders, increased joint mobility, severe heat intolerance and chronic leg pain, so studying these mice as a stand-in for human patients could point towards potential new treatments.