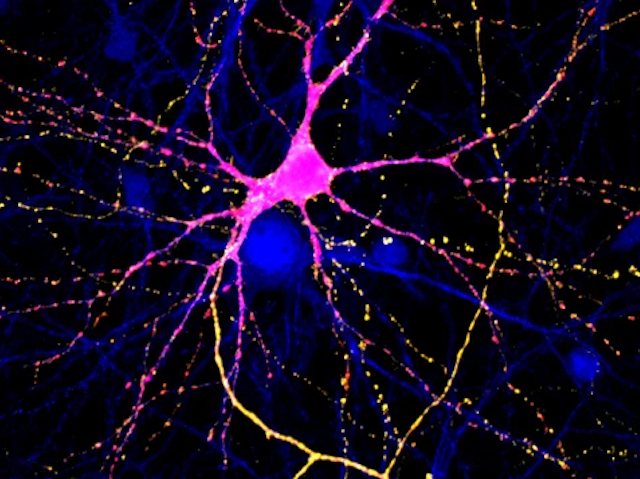 Greater understanding of the cannabinoid receptor on brain cells

Cannabinoids, the pharmacologically active compounds in cannabis, mimic the brain’s own endocannabinoids – secreted molecules that influence brain functions such as mood, appetite, pain and memory. This mimicry explains both the drug’s high and its potential medical effects. But a fuller understanding of the drug’s mechanism is needed to create new therapies that provide benefits with fewer side effects. To that end, some researchers are turning their attention to the drug’s biological target: the cannabinoid receptor, found on the surface of brain cells. It’s been discovered, for example, that in neurons (like the one pictured) the receptors are constrained to the cell’s axons (yellow)– projections that send electrical signals to other neurons – and are absent from dendrites (pink), which receive signals. Determining how the receptor is produced and distributed in the cell and how this affects cannabinoid action could ultimately lead to the creation of better-targeted cannabinoid-based therapies.