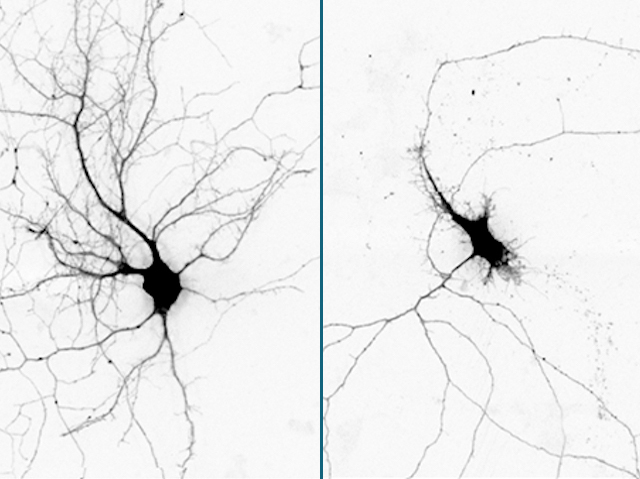 Nerve cells love to connect, sending out fine tendrils called dendrites that wire up with their neighbours in the brain. The more dendrites the better the wiring, and problems with dendrite growth have been discovered in many brain disorders such as schizophrenia, epilepsy, autism and Alzheimer’s disease. To find out more about how these connections are made, scientists are studying rat nerve cells from a region of the brain known as the hippocampus, which is associated with memory and navigation. The cell on the left is healthy and normal, shooting out many delicate dendrites. But the one on the right is lacking a protein called angiomotin (Amot), proving that it clearly plays a vital part in the growth and complexity of dendrites. Discovering more about Amot and its protein partners is revealing more about how the brain is wired up and helps to explain what happens when things goes wrong.