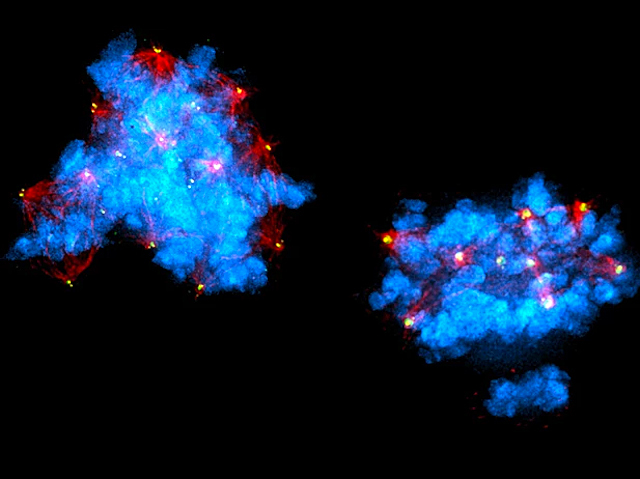 It might not feel like it, but right now millions of your cells are frantically multiplying. As your body grows, repairs damage, and naturally refreshes material, cells duplicate their contents then split into two identical versions. Precisely copying DNA – the molecular code of life wound into tiny chromosomes in each cell – is crucial to this process. This is in part governed by centrioles – structures that help produce guiding fibres. Certain details of how centrioles form and function are still unknown, and a new study has found that one particular enzyme, PLK4, helps assemble centrioles by interacting with a protein called STIL. If this interaction is disturbed, too many centrioles (green in these two overloaded replicating fly cells, with DNA in blue), or too few, were produced by cells. Malfunctioning centrioles can lead to brain disorders and cancer. The better we understand their construction, the sooner we’ll be able to develop new treatments.