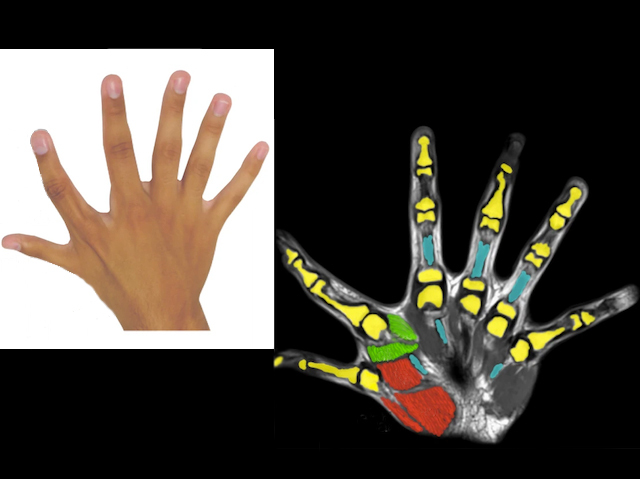 Have you ever wished for an extra arm when doing too many things at once? What about an extra finger? A small number of people are born with a sixth finger, a condition known as polydactyly. A new study examined two such subjects to better understand how we might one day improve artificial replacement or additional limbs. They found that the sixth finger, between the thumb and index, had its own distinct muscles (green) and movement, enabling the subjects to complete with one hand tasks that take five-fingered people two. The study also found dedicated brain resources taking control of the sixth finger, illustrating our mental capacity for controlling additional movement with no sacrifice of function elsewhere. This behaviour has been trained since birth, so it’s unlikely that we could all instantly handle enhanced limbs and digits, but it does point to a promising possibility.