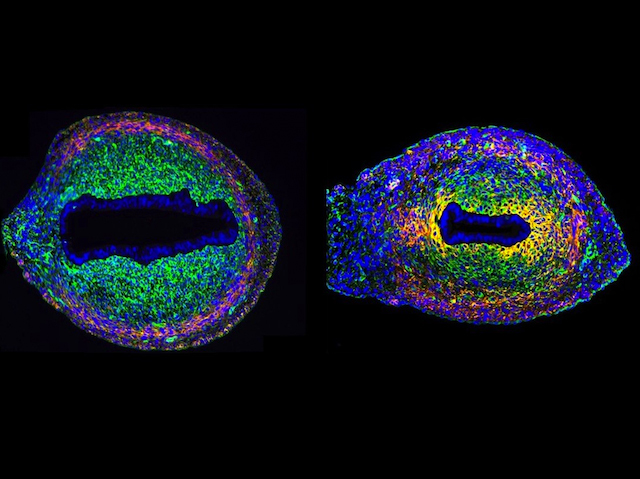 From ants to elephants, most animals can be divided into males and females, with their sexual organs differentiating between the two. In human foetuses, female sexual organs arise from a structure called the Müllerian tube. Meanwhile, in male foetuses, this tube degenerates in response to the release of a hormone called MIS which activates cells called Misr2 cells. This prevents male foetuses from developing female sexual organs. However, females also have Misr2 cells. So what do they do? Researchers investigated in newborn female rats. Exposing their Misr2 cells to MIS reduced the activity of these cells. Using fluorescence microscopy, they revealed that this resulted in abnormal development of the womb (pictured, right) compared to rats not treated with MIS (left). The MIS-treated female rats grew up to be infertile. Misr2, therefore, appears to be important for womb development. More digging could provide insights into womb disorders and infertility.