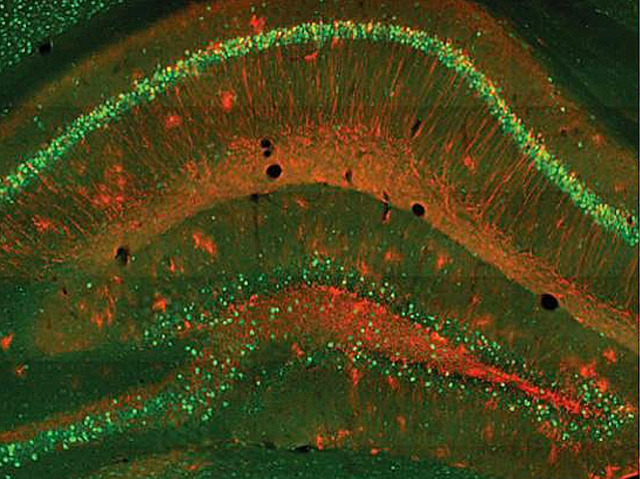 Neurons involved in behavioural depression identified in the mouse brain

For several years, a theory has been kicked around by scientists that our memories leave behind physical marks or ‘fingerprints’ in the brain, called engrams. In the hippocampus, the brain’s memory centre, engrams represent clusters of neurons activated after a memory is formed and could play an important role in how we recall and respond to certain events. A team of scientists looked at the presence of engrams in the hippocampus of mice (shown here with cell bodies stained in red) after they were exposed to a socially stressful situation. The mice that displayed depression-like behaviours had higher concentrations of engram cells in certain areas of the hippocampus compared to mice that were less affected by the stressful environment. Blocking these engram cells helped to prevent those mice with depression-like symptoms from avoiding social interactions. In future, engrams could help to manage and even treat the behavioural symptoms of depression.