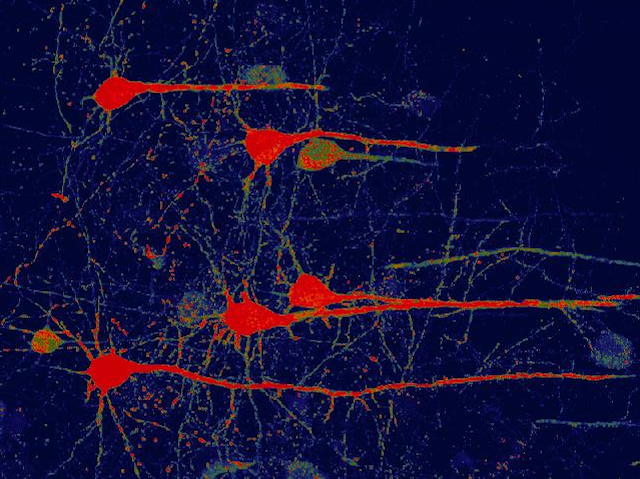 These red-stained neurons, located in the brain of a stroke-injured mouse, started life as glial cells – the non-conductive cells of the brain that generally function to surround and support the neurons. A newly devised gene-therapy approach that drives glial expression of Neurod1 – a critical protein for specifying neuronal fate – was responsible for the cell type conversion and, importantly, has been shown to restore both cognitive and motor functions in stroke-injured animals. A stroke, which is defined as an interruption in the blood supply to a part of the brain caused by either a blockage (ischaemic stroke) or a bleed (haemorrhagic stroke), can lead to significant neuronal death in the affected area and with it permanent neurological disability. Thus, if this cell-conversion therapy can be developed for use in humans, it may one day provide a restoration of brain functions otherwise lost for good.