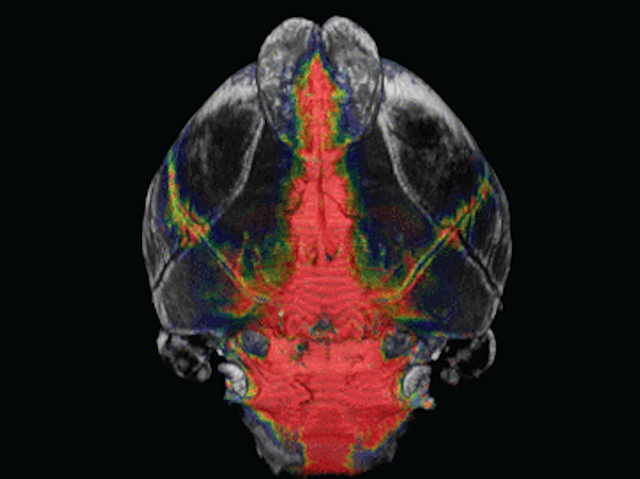 The glymphatic system is the brain’s very own rubbish collection service. Using perivascular channels, the space surrounding the brain’s blood vessels, the glymphatic system is driven by the pulses emitted by these vessels to quickly carry healthy cerebrospinal fluid into the brain and clear out waste. Importantly, the system is thought to remove peptides that form the amyloid plaques found in patients with Alzheimer’s disease. Since the glymphatic system relies on the brain’s network of blood vessels, scientists sought to find out more about the system by studying a rat model of hypertension [high blood pressure]. By tracking the movement of a tracer through the cerebrospinal fluid (illuminated here in red), the team found that the glymphatic system was compromised in rats that had both early and late stages of hypertension. These findings shed new light on the importance of healthy blood vessels in the ageing population to potentially protect against Alzheimer’s disease.