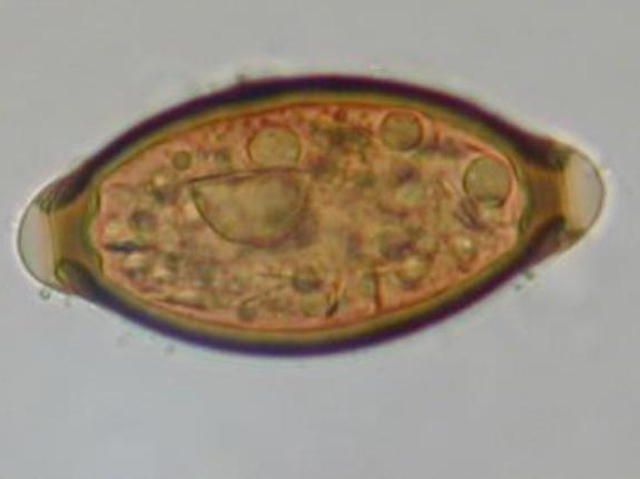 Parasitic worms, or helminths, are thought to affect over 1.5 billion people worldwide, particularly in developing nations. While rarely fatal, helminth infections can be seriously harmful, especially to children, with links to malnutrition and impaired development. In Europe, infections are now extremely rare, but evidence from helminth eggs (pictured) found in archaeological sites indicates they were common in the Middle Ages. Most recently, researchers identified eggs of both soil-dwelling nematodes and tapeworms associated with undercooked meat and fish in medieval graves in several European countries. Though rates vary between sites and species, they estimated 25% of the population on average was infected with Ascaris nematodes, mirroring some modern estimates in high-risk areas. Faced with a similar problem to affected communities today, improvements in sanitation, water treatment and hygiene processes brought infections down in Europe, before anti-helminth drugs existed, suggesting that such changes are a key part of tackling this problem.