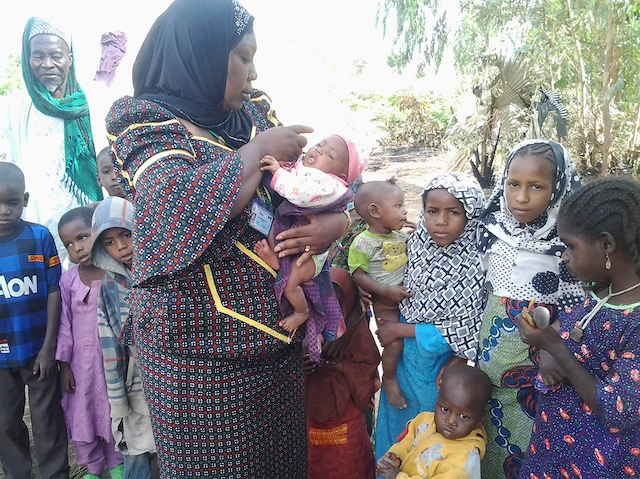 Africa declared free of wild poliovirus thanks to vaccination campaigns

As the world awaits the development of vaccines against SARS-Cov-2, efforts against another devastating virus bring home the benefits of immunisation. Following extensive vaccination campaigns and four years with no new cases, the World Health Organization recently declared Africa free of wild poliovirus. Once feared worldwide, poliovirus causes poliomyelitis, an incurable disease which can lead to paralysis, but is preventable with vaccination. Pictured, a doctor administers oral polio vaccines in Nigeria, wild poliovirus’ last holdout in Africa. Easier delivery makes this oral vaccine a popular tool, yet it has a major drawback: containing a weakened form of poliovirus, it can sometimes trigger its own outbreaks, especially in communities with poor sanitation and low immunisation rates. Several countries are dealing with vaccine-derived infections, and wild poliovirus remains in Afghanistan and Pakistan, so the fight against polio continues, but this progress brings hope that the virus can eventually be consigned to history.