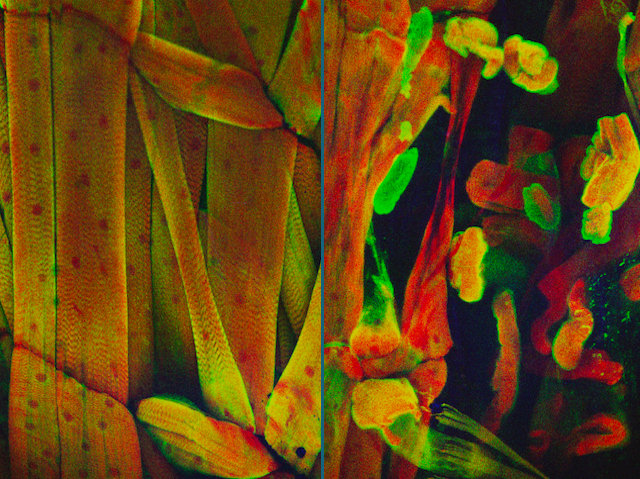 In the late stages of cancer, patients sometimes suffer from extreme muscle deterioration and weight loss– a condition known as cachexia. But, whether this tissue degradation is advantageous to the cancer or merely a consequence of disease was not clear. Studies of tumour growth in fruit flies now suggest that indeed cancers dismantle muscle to make themselves stronger. The development of certain tumours in the flies caused healthy muscle (left) to waste away (right), which fuelled both tumour growth and further muscle destruction. The tumours were found to produce a transporter protein that enabled them to suck up amino acids – protein building blocks – from the deteriorating muscle, and use them for their own growth. Researchers have also identified a compound that blocks the transporter and that, when fed to flies, inhibited tumour growth and prevented cachexia. The hope is that such a compound may have anticancer effects in humans too.

Read more about this research at the MRC LMS here