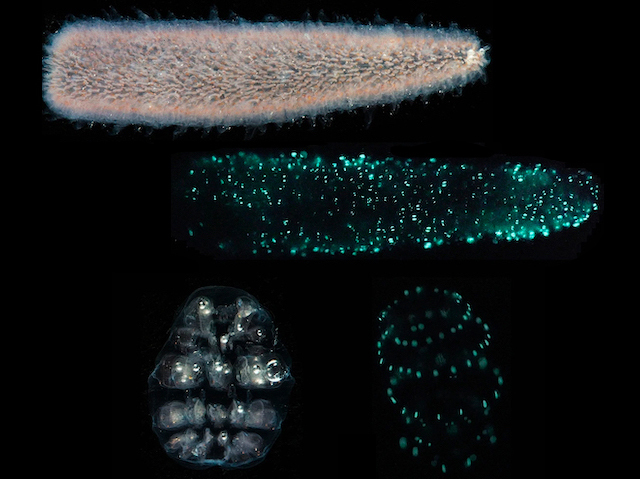 Identification of luciferase – enzyme that produces bioluminescence – in a sea pickle

In 1849 a surgeon on the HMS Rattlesnake spotted “miniature pillars of fire gleaming out of the sea”. Named ‘pyrosomes’ by scientists (and also known as ‘sea pickles’), the secret of their blue fire was a long-standing mystery. Researchers now think genes similar to those of other bioluminescent creatures are at play, suggesting common ancestors, yet sea pickles have more genes in common with fellow chordates like humans. Stranger still, sea pickles both produce and respond to light – similar to how some fish use fluorescence to warn of danger. All of this puts the sea pickle between interesting branches of the evolutionary tree, but also suggests its fiery genes could be added to the molecular biologist’s toolkit alongside those from other glowing creatures like fireflies, used in human cells to shed light on processes like the circadian clock and the cell cycle in health and disease.