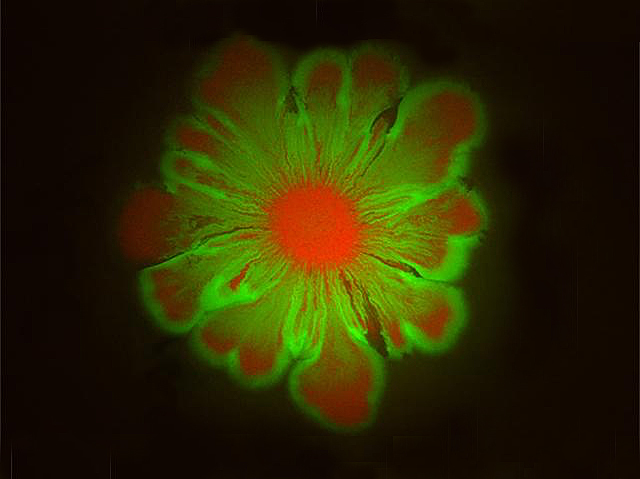 From spiralling galaxies to microscopic bacteria, there’s much to learn in nature’s patterns. This flower-like shape emerges as two types of bacteria grow side-by-side on an agar dish. While A. baylyi (red) move or ‘migrate’ outwards, the comparatively sluggish E. coli (green) 'piggyback' on their mobile neighbours – holding them back with frictional forces that give the colony its looping petals. Scientists have developed mathematical models to simulate these forces, virtually recreating these blooms. In the future these may predict how colonies with mixtures of different bacteria might grow and develop in the real world – biofilms building in dental plaque, for example, or crawling over medical implants like pacemakers. Learning how these bacteria interact could be a step towards unravelling their patterns.