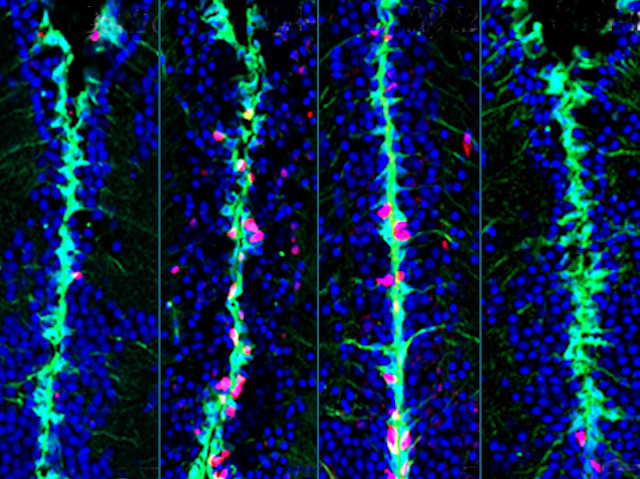 Alzheimer’s disease is a fatal condition caused by the unstoppable death of nerve cells in the brain. Although current treatments can relieve the symptoms of the disease or slow its progress, there’s nothing that can stop or reverse the decline. Rather than trying to prevent nerve cell death, one controversial idea for treating Alzheimer’s involves producing new brain cells to replace those that have died. But it’s not clear whether this is technically possible, or whether generating new brain cells might cause more problems than it solves. In search of answers, scientists are studying zebrafish, whose simple brains are surprisingly similar to our own. These images show nerve cells (green) in the brain of a healthy fish (left) and animals that have been treated with various molecules. Two chemicals stimulate new cell production (pink spots, centre panels) while the third (right) does not, providing a useful model for further studies.