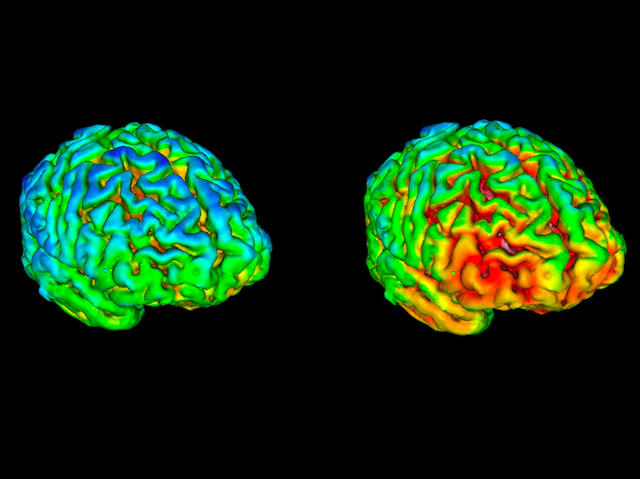 Schizophrenia is associated with a reduction in brain cell connections

Advanced brain scans have indicated for the first time that people with schizophrenia have reduced connections between their brain cells. Changes in these connections, called synapses, have been thought to cause schizophrenia for over forty years, but it’s not previously been possible to study in living people. The latest research used scans that depict around 100 trillion synapses. Participants were injected with a 'tracer' that emits a signal detected by the scanner. The tracer binds to a synaptic protein and therefore acts as an indirect measure of synapse density. Only a few groups in the world have this new tracer. Here, lower synapse levels (blue) are shown for people with schizophrenia (left), compared to higher levels (red) in healthy volunteers (right). Reductions are greatest in the front of the brain that plays a key role in thinking, planning and emotions. Future treatments could aim to restore synapse function.