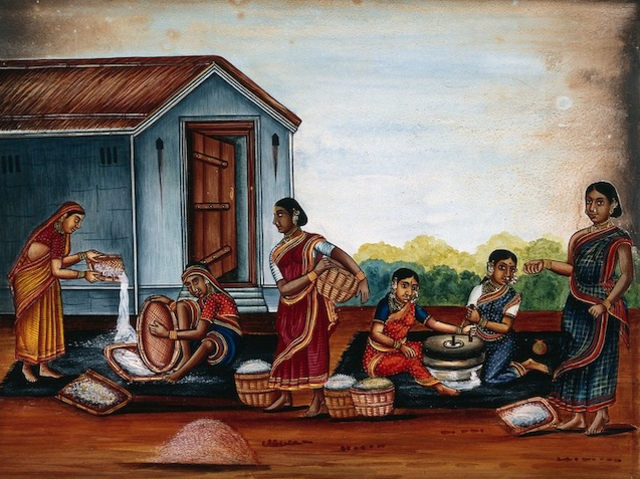 Wheat has sustained the human race for centuries as a source of carbohydrates, fibre and nutrients. Historically, wheat grain would be harvested by hand then manually ground and sieved to make flour (pictured), a process that's nowadays performed by combine harvesters and automated mills. While most protein found in wheat grain is gluten, the culprit for coeliac disease, other proteins called amylase trypsin inhibitors (ATIs) have in recent years emerged as playing a role in non-coeliac wheat sensitivity and bakers’ asthma. Scientists in Australia have measured levels of 18 ATIs found in Australian wheat, by first separating ATIs from a mixture of wheat proteins then identifying their structure based on their mass. It’s hoped that this work will contribute towards establishing a reference map for wheat ATIs, providing guidance to breeders to develop wheat with low ATI content and to food manufacturers to detect ATIs in their products.