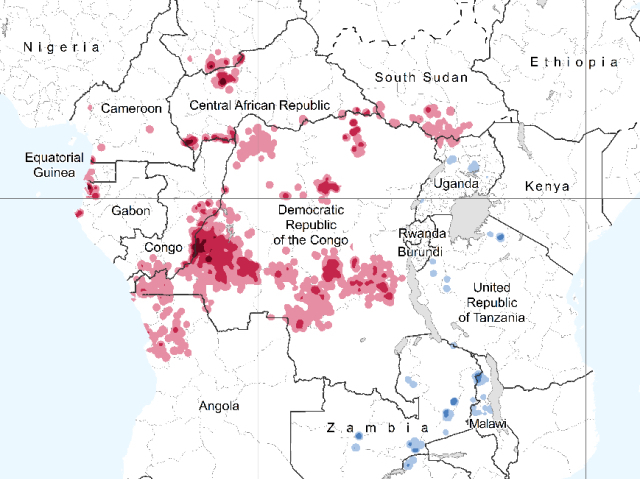 Sleeping sickness is on the verge of being eradicated

Between 1896 and 1906, an epidemic raged in the heart of Africa. Countless thousands died from sleeping sickness (human African trypanosomiasis or HAT), a disease caused by two species of tiny parasite transmitted by tsetse flies. In the 1920s another wave struck, putting millions at risk. Another outbreak came in 1970 and lasted until the 1990s, affecting up to half the population in some villages. After decades of dedicated research and public health efforts, it looks like this deadly disease may finally be on the verge of being wiped out. Just 997 new cases of HAT were reported in 2018 – the lowest number since records began and a significant drop from 2,164 cases in 2016. This map shows the areas where people are still at risk of infection from the two parasites, Trypanosoma rhodesiense(blue) and Trypanosoma gambiense (red), providing a focus for the final push to eradicate the disease.