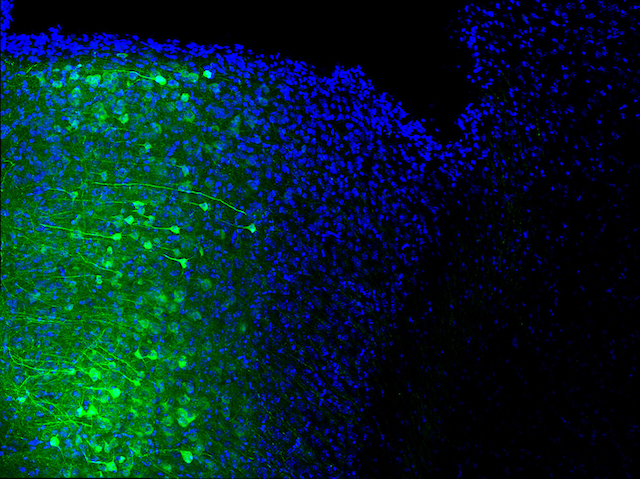 We may turn to alcohol to celebrate, commiserate, or simply lubricate a friendly chat, but this ever-present temptation can become a dangerous cocktail for some. Alcohol use disorders and addiction are widespread and can have serious impacts, but it’s not clear what makes some individuals more susceptible. A new study examined the brain structure of mice before they were exposed to alcohol. The team discovered the mice that went on to develop compulsive drinking behaviour had particular patterns of communication between two regions of the brain (pictured, with green and blue cells of the medial prefrontal cortex projecting into the periaqueductal grey matter). The researchers could predict which mice would succumb to compulsive drinking behaviour, and artificially altering this brain activity changed drinking behaviour. If the same is true in humans, this could help identify people at risk and guide research into treatments for those suffering at the bottom of a bottle.