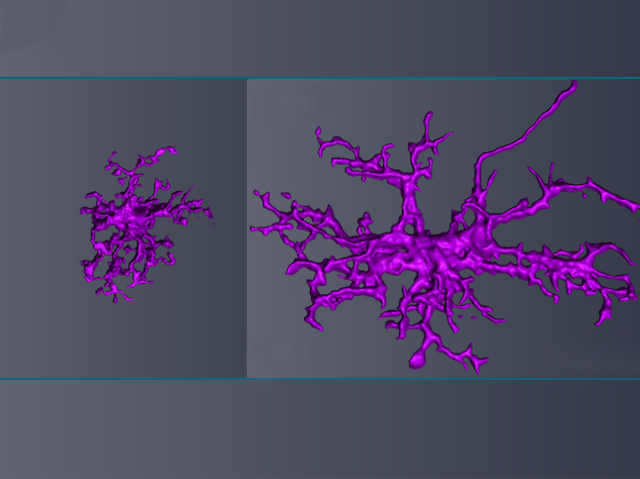 Autism spectrum disorder (ASD) has a wide-range of severities and symptoms – including problems with social interactions, communication and learning – and a similarly wide range of genes are linked to the condition. But, researchers have observed one fairly common pathology: a lack of synaptic pruning in the brain – a normal process in child development in which certain brain cell connections are eliminated, and others strengthened. And now, studies of mice carrying ASD-linked mutations have suggested a possible cause. In the animals’ brains, microglial cells, which are responsible for pruning, grew to such enormous sizes (right) compared to normal (left) that they were too big and sluggish to do their job. Curiously, the oversized cells and resulting pruning problems were only seen in male mice. While these animals may provide hints as to why ASD is more common in boys, for now the reason female mice were unaffected remains a mystery.