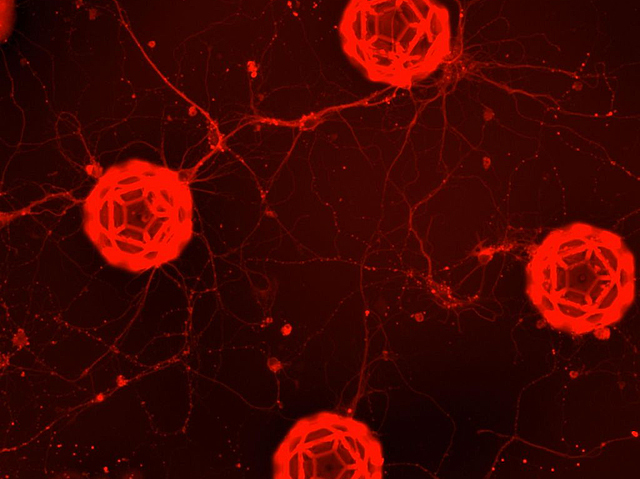 Researchers have used laser beams to print microscopic three-dimensional 'cages' that they filled with living cells by using sound waves as tweezers. This isn't science fiction. Created in Vienna, the cage-like structures were made by steering a laser beam through a liquid, causing it to harden precisely where it was touched by the laser, in pentagon and hexagon patterns resulting in buckyballs (red). The balls were then placed into another liquid, containing individual cells taken from mice and human blood vessels. Cells were moved inside the balls using acoustic vibrations to whirl and swirl them towards their destination. Once inside, they grew out of the tiny openings and connected with cells in nearby balls to form networks, shown here as red string-like projections. The new technique was able to pack more cells inside each ball than has previously been possible. This will allow scientists to investigate how cells grow in health and disease.