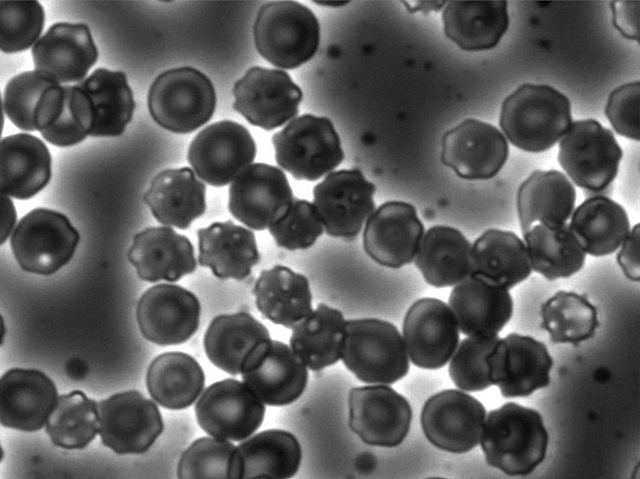 The cells in your body are packed with salts and surrounded by salty fluid. This saltiness, known as tonicity, is essential for keeping us healthy: if the surrounding liquid is less salty than the cells, they'll draw in water and expand, running the risk of bursting. But surrounding cells with overly salty liquid draws water out, leaving them shrunken and spiky like the blood cells in this image. At first, cells try to adapt to salty conditions by activating a set of genes that helps to balance their salt and water content. If that doesn’t work, they switch to an alternative inflammatory response that ultimately leads to cell death. Scientists have discovered that a protein called PACT helps to make the switch between these two responses, revealing clues to understanding and treating conditions that involve changes in tonicity such as diabetes, cancer, inflammatory bowel disease and overly dry eyes.