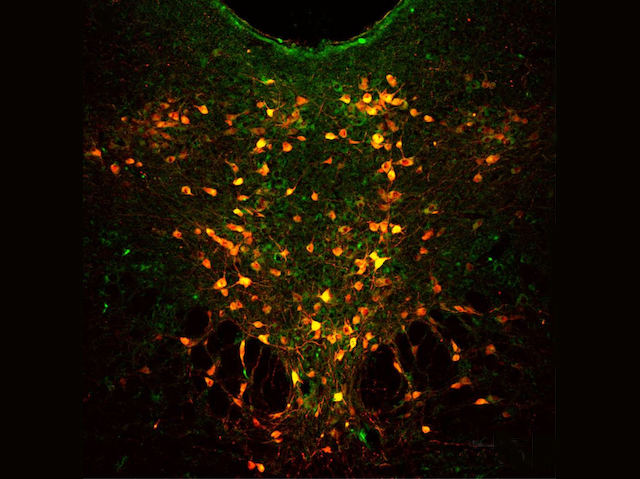 Stimulating specific brain cells to discover their influence on behaviour

Our brain cells (neurons) control what we see, what we hear, and how we behave by sending electrical signals to one another. Figure out how to dictate what neurons say to each other and when, and in a sense, you control the brain. Although that may sound like science fiction, this is the basic theory behind a popular tool in neuroscience called optogenetics. Using light and light-sensitive proteins called channelrhodopsins, scientists are able control the electrical signals sent between neurons. For example, optogenetics allows neuroscientists to see what behaviours they can elicit in mice when they stimulate neurons in different parts of the brain. This image shows a specific class of neurons (in green) in the mouse brainstem that scientists were able to activate using light in a recent study. Optogenetics is used in labs around the world to shine a light on how brain cells control our senses and behaviours.