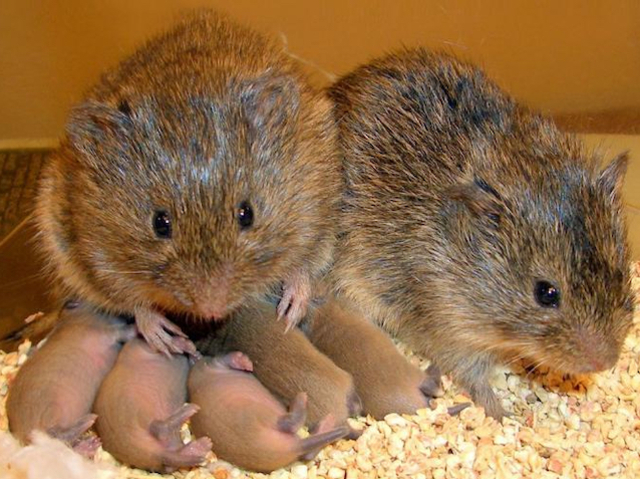 This is a family of prairie voles – Ma, Pa and five little pups. These rodents, which inhabit the grasslands of North America, are among the tiny percentage of mammals, including humans, that, generally speaking, mate with and stay with the same partner for life. The prairie vole parents share the duties of nest building, raising their young and other behaviours akin to those of humans, making them a favourite model organism for studying the biology of bonding. Such studies have recently identified a neural signature – a pattern of brain cell activation – associated with reunion between mating pairs. The activity pattern was not seen when voles encountered strangers, and became stronger (more cells involved) as the bond between a pair strengthened. Identifying equivalent patterns in the human brain, may offer insights into how to treat social disorders, including autism or severe depression, in which such bonds are absent or broken.