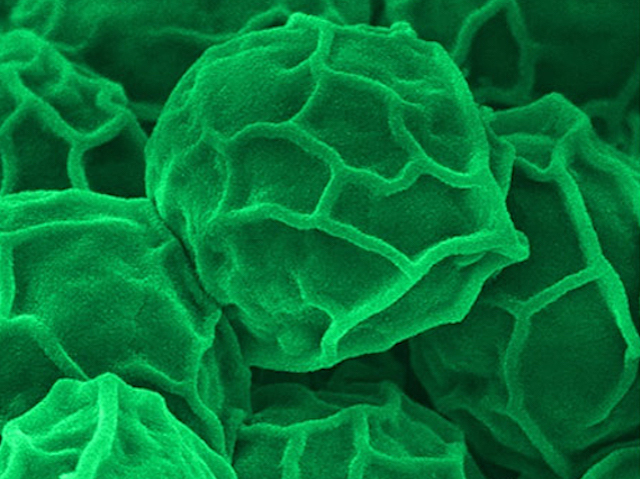 Algae for generating oxygen to keep tumours sensitive to therapies

Usually found adrift on the surface of lakes and seas, algae like these C. vulgaris produce oxygen while using photosynthesis to harvest the sun’s energy – but these plentiful protists could soon be called upon to save lives. While oxygen is abundant outside the body, the environment around a growing tumour is often hypoxic – starved of oxygen due to the overgrowth of cancerous cells. Attempting to shrink the cancer, radiation therapy usually relies on oxygen to maintain the DNA damage that prompts cancer cells to self-destruct. This is where algae come in. Each hiding inside an artificial membrane, they slip past the body’s immune defences, assembling near a tumour to produce oxygen using photosynthesis, fuelled by laser light. While this boosts a cancer’s sensitivity to radiotherapy, a different laser treatment triggers algae to release reactive oxygen species, further damaging the tumour and suggesting a green future for cancer treatments.