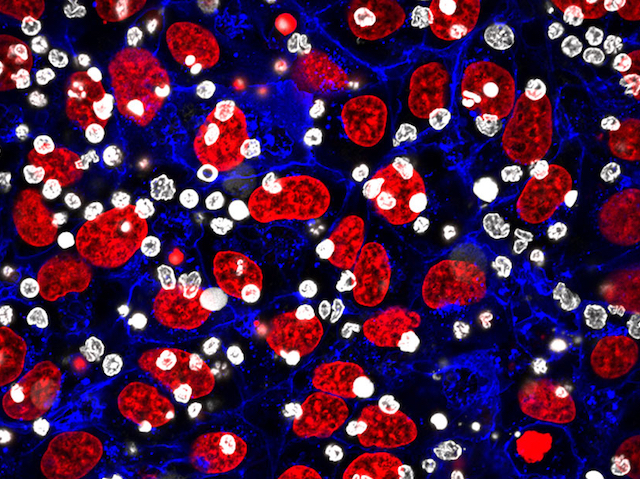 A wanted criminal with a particularly recognisable hair-do might cut it off to avoid detection. Cancer cells in the body pull a similar trick, by absorbing unique markers on their surface that might alert other cells to their threatening presence. A new study has found that a drug called prochlorperazine, often used to treat nausea and psychosis, can prevent tumour cells from hiding their surface receptors by restricting endocytosis – a process for bringing substances inside a cell. In mice, and then patients, treatment with the drug led to increased clustering of these telltale markers on the surface of tumour cells. This in turn made it easier for the immune cells (white in the sample pictured) and the anticancer drug cetuximab (blue) to bind to and disable tumour cells (red), potentially giving a boost to the potency of these forms of treatments.