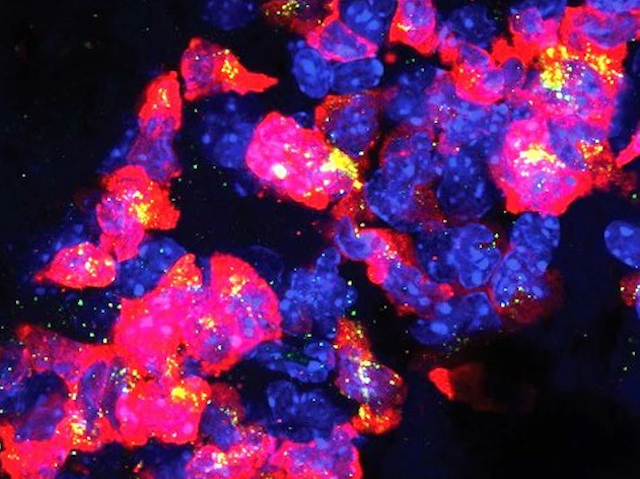 Weight loss and overwhelming fatigue are traits we associate with severe illness. They can be symptoms of cachexia, a wasting disorder common in AIDS, heart failure, and cancer patients. Appetite loss and fatigue are largely controlled by the brain, but it’s not clear what prompts cachexia. To investigate a theory that it's caused by malfunctioning immune cells, until recently not thought to be able to access the brain, researchers studied mice with pancreatic cancer. They found neutrophils, a type of immune cell (pictured), in the mouse brain, along with high levels of a protein called CCR2, involved in neutrophil movement. Blocking CCR2 prevented neutrophils entering the brain and reduced cachexia symptoms, but did not reduce levels of neutrophils elsewhere in the body, where they play important roles. If a drug could target CCR2 in humans, it might be able to counter cachexia without hampering the immune system’s essential work.