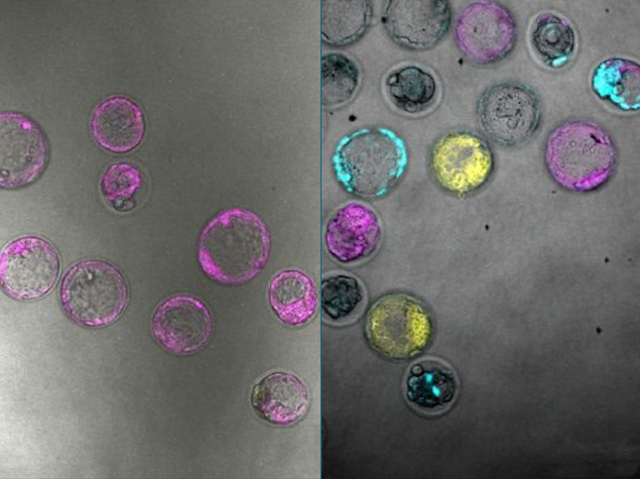 Over the past few years, researchers have made huge leaps forward in altering the DNA within cells and living organisms through genetic editing techniques such as CRISPR. But while these technologies should make it possible to add, remove or change genes with pinpoint precision, we’re not quite there yet. These techniques currently have low efficiency, meaning that relatively few cells in a tissue end up being correctly modified, and there's a significant risk of altering the wrong genes or damaging DNA by accident (known as ‘off-target’ effects). Scientists have now developed a clever tool called FIVER, which provides a visual ‘readout’ of genome editing by making cells fluoresce in different colours depending on the kinds of genetic changes that have been made. Knowing exactly which cells have been changed and how is an important step towards more accurate ‘genome surgery’, precisely engineering DNA to prevent or treat genetic disorders.