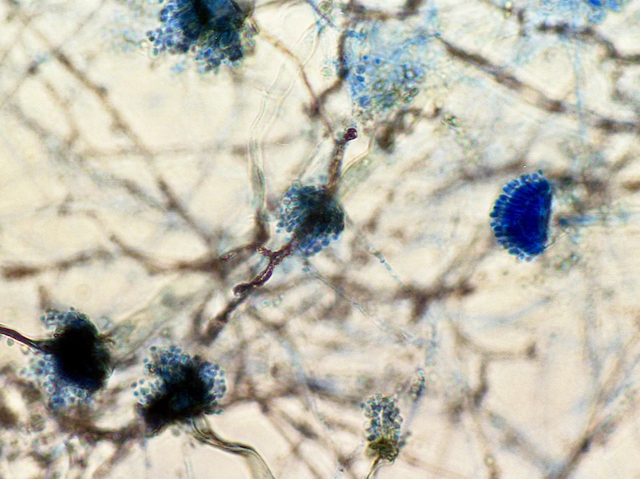 Long-term excess consumption of alcohol causes widespread damage, raising the risk of liver disease but also weakening the immune system. Consequences include increased vulnerability to lung infections, such as forms of pneumonia caused by the fungus Aspergillus fumigatus (pictured); typically fought off easily by healthy individuals, these can be fatal to those with reduced immunity. To understand how alcohol affects immune responses, researchers studied the impact of A. fumigatus infection on mice provided with ethanol in their diet over three months. They found that alcohol especially impaired the actions of neutrophils, immune cells responsible for destroying the fungus. In ethanol-fed mice, neutrophils were less effective at killing the fungus, reaching the infected area more slowly and releasing fewer toxic reactive oxygen species, ultimately making the mice more susceptible to severe disease. These new insights could suggest better ways to tackle infections in patients dealing with the effects of alcohol abuse.