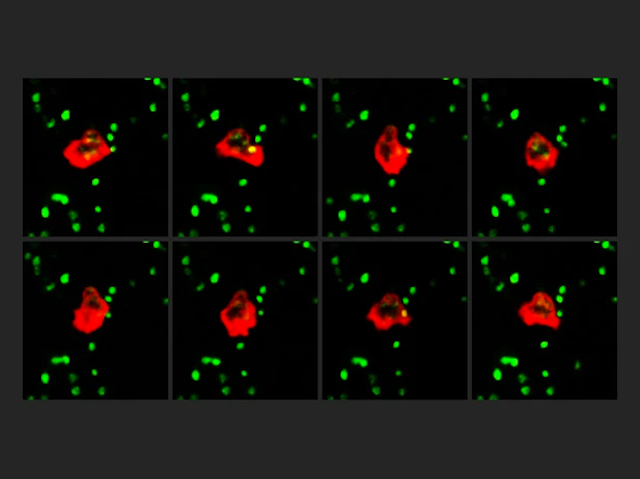 If you cut yourself, special cell fragments called platelets are activated, quickly forming a clot that stops the bleeding and attracts the attention of immune cells to kick-start the healing process. But blood clots forming the veins buried deep in the body, known as deep vein thrombosis (DVT), can be very dangerous. Not only can a clot block the vein, causing problems like pain and swelling, but bits can break away and cause life-threatening blockages in the blood vessels of the lungs. Although DVT is very common, it’s unclear what causes it. To find out, researchers are studying how human platelets (green) interact with immune cells called neutrophils (red). Intriguingly, people with a particular version of a molecule called SLC44A2, found on neutrophils, have a lower risk of developing DVT. Developing drugs that target SLC44A2 could be a new way to treat DVT with fewer side effects than current therapies.