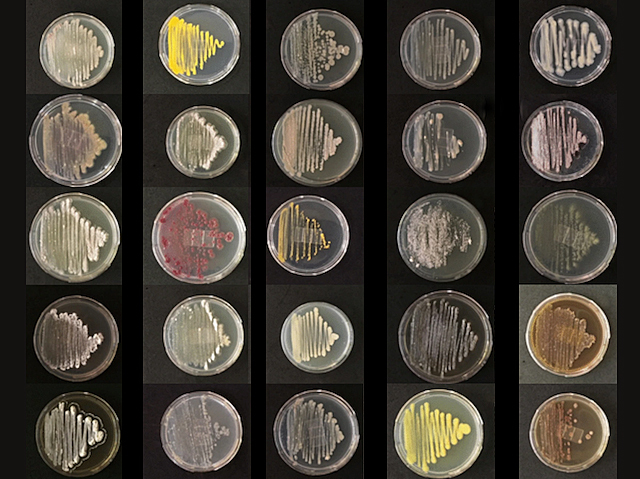 Antarctic microbes as a source for new cancer drugs

As well as causing unpleasant infections that make us sick, bacteria can also help to make us well again. Several species of bacteria produce chemicals that have been turned into drugs such as antibiotics and cancer treatments. This has led to an activity known as bioprospecting – scouring the natural world in search of new bacterial species that might produce potent novel drugs for all kinds of conditions. The more unusual the conditions, the stranger the bacteria that live there and the more interesting the molecules that they produce. There are few places on earth as strange as Antarctica, with its extreme cold, high saltiness and lack of human interference. These plates contain colonies of Actinobacteria isolated from Antarctic hair grass – one of only two flowering plants native to the frozen continent. Some of them make molecules that could be promising cancer drugs, which can be taken forward for testing.