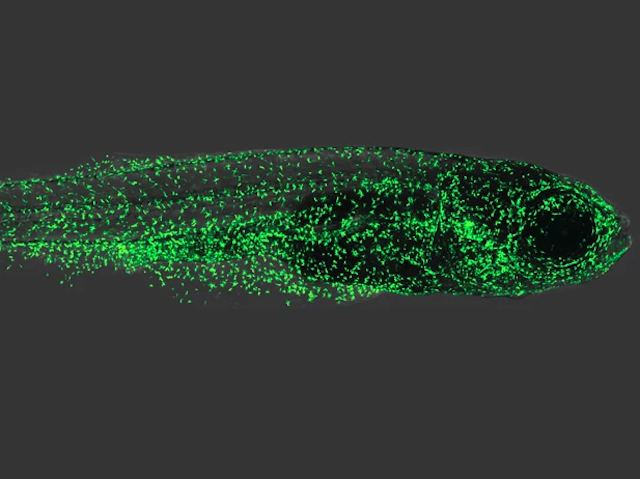 Macrophages are the immune system’s ‘cleaners’, eating up dead cells, biological debris and harmful microbes. They also help out with repairing damaged tissues and play an important role in shaping organs as they grow during development. These special cells are found in all animals, including humans, and are widespread throughout the body (as shown here highlighted in green in a young zebrafish). It was thought that the populations of macrophages in each organ were continually replenished from the bloodstream throughout life. Recently, researchers have shown that changes in a gene called CSF1R cause macrophages to vanish from some parts of the body but not others, suggesting that each organ maintains its own stocks of these special cells. By studying zebrafish with altered CSF1R, scientists are starting to figure out exactly where macrophages come from, when they appear and how they spread through the body in the early stages of life.