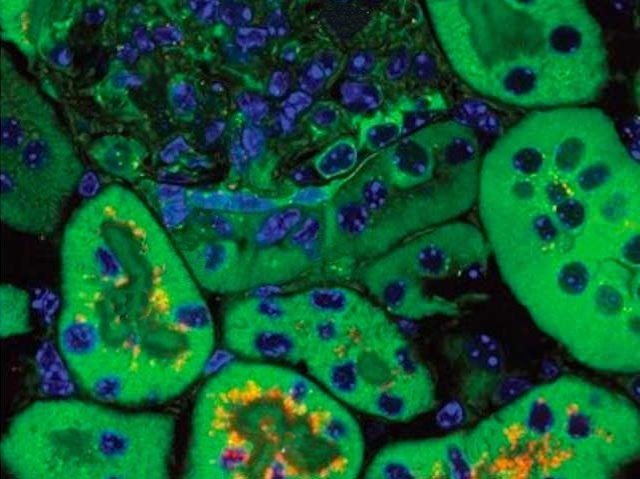 Around 145,000 people in the UK are currently living with Parkinson’s disease. It’s a progressive and incurable brain disorder that affects movement and causes other issues such as insomnia, dementia and mental health problems. Yet despite years of research, we still understand little about what causes it. One possible culprit could be mitochondria – the small structures inside cells that produce energy. During the normal course of life, worn out mitochondria are ‘eaten up’ through a process called mitophagy (highlighted in orange in this image of mouse kidney tissue) and replaced with healthy new ones. Researchers have discovered that mitophagy doesn’t work properly in brain cells from genetically engineered mice with a version of Parkinson’s and might be causing some of the problems seen in the disease. Excitingly, they have also shown that mitophagy can be restarted using certain chemicals, which could one day be developed into much-needed treatments for patients.