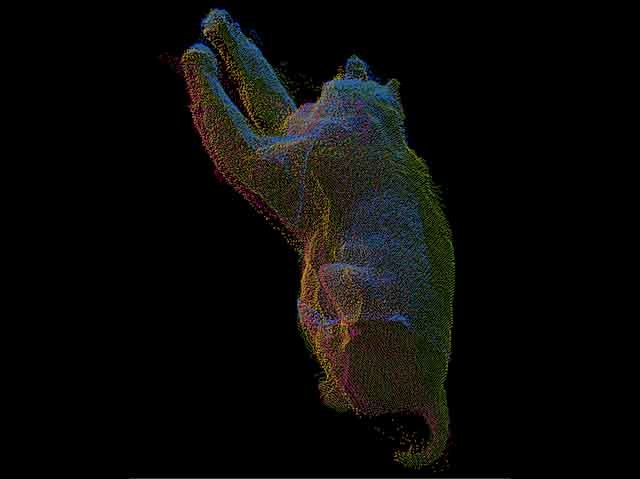 Each step you take is composed of countless subtle movements, all orchestrated by signals between brain and body. Most attempts to understand this process have recorded brain activity during a simple movement in a particular animal limb. Natural motion is much more complex though, so researchers have developed a new approach to track whole body movement alongside brain activity. Wireless brain implants monitored activity in a rhesus macaque as it moved freely in an enclosure, while being filmed from four angles. The recordings from each camera were quantified into data points (pictured, each camera’s data shown in a different colour), and synchronised with the neural data during not just walking, but also spontaneous behaviour such as catching a fly (pictured). The combined data will provide rich detail on how the brain controls movement, which could ultimately improve brain-machine interfaces to restore movement to paralysed people or those with brain injury.