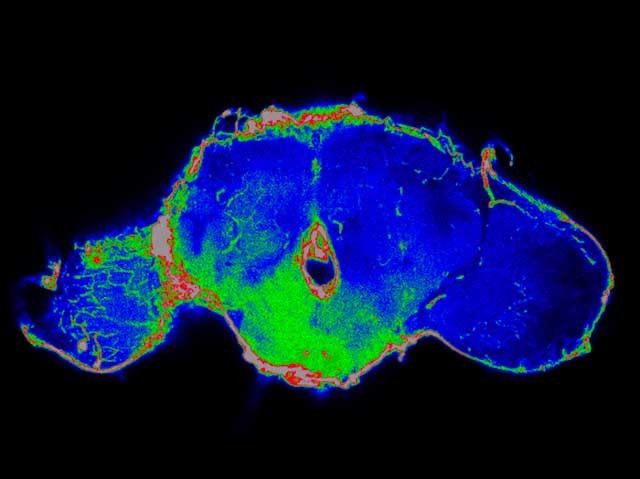 Smoke from a wildfire can cause harm miles away from the fire itself. And the effects of a tumour can be felt far away in other parts of the body. These long-distance impacts can be as lethal as the cancer itself, so researchers are investigating how they occur. A study found that small proteins called cytokines released by tumours in fruit flies can break down the semi-permeable barrier that usually separates brain and bloodstream. As a result material from the blood (such as the green dye in the brain slice pictured) can seep into the brain, raising infection risk and reducing lifespan. Further tests revealed the same process and outcomes in mice, and found that preventing the barrier breach improved health. Limiting the long distance attacks of cancer could provide a complementary or alternative approach to toxic treatments that tackle the tumour itself, and help keep cancer confined.