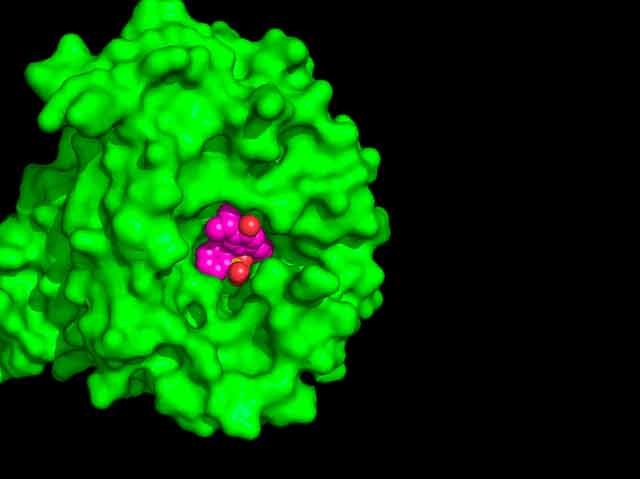 New research funded into the Nipah virus and how to combat it, aided by drug discovery software

SARS-CoV-2 is the virus of the moment, but there’s a long list of ones that might jump from animals to humans and cause deadly outbreaks in the future. Thankfully, scientists are already investigating ways to treat and vaccinate should such an outbreak occur. Because the catalogues of viruses and candidate treatments are long, researchers use computers to lighten the load. Using molecular modelling software, they see which compounds are likely to interact with and inhibit a given virus, and can thus narrow the list of ones to test in the laboratory. The image shows a computer model of a Nipah virus protein (green) with a compound (purple) bound to the region responsible for infecting cells. Nipah viruses circulate in animals and rarely infect humans, but when they do it often has deadly consequences. With that in mind, it’s good to know scientists are already scanning the virus models for weaknesses.