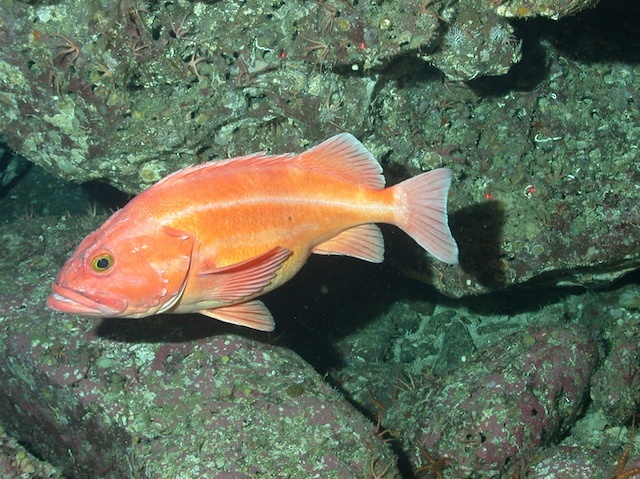 Selection of certain genes is associated with extreme lifespan of rockfish

Defying time, the most long-lived vertebrates on the planet are found in the ocean: bowhead whales, Greenland sharks and some species of Pacific Ocean rockfish, including this yelloweye rockfish (Sebastes ruberrimus), which can live to be over 140 years old. To shed light on the mechanisms supporting such longevity, scientists sequenced and compared the genomes of 88 closely-related rockfish, whose lifespans range from just 11 to over 200 years. Much of the variation is linked to two key traits typical of long-lived vertebrates, larger body size and life in deeper, cooler waters, but other results have greater relevance beyond fish. In long-lived species, there was evidence of selection for genes involved in DNA repair and insulin signalling, already implicated in affecting lifespan. These fish also possessed more copies of genes in the butyrophilin family, immune modulators known to dampen down immune responses, highlighting the crucial role of inflammation in ageing.