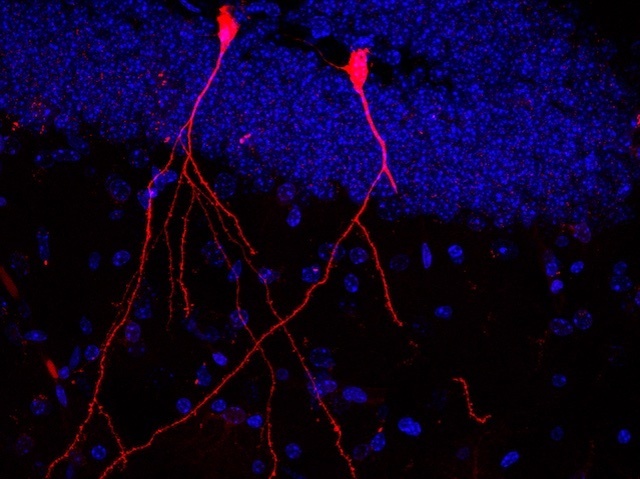 The bacteria inside human guts are more than mere passengers. They're believed to influence a variety of aspects of human health including metabolism, immunity, and maybe even mental health. But how could bacteria in the stomach possibly exert effects in distantly located body tissues like the brain? While the bacteria themselves don't penetrate the wall of the gut, some researchers think the bugs communicate with body’s tissues and organs via small membrane-bound vesicles. These tiny capsules, released from the bacteria, contain cell components such as proteins and metabolites and have been suggested to travel through the host’s blood stream. Evidence supporting this theory has been garnered from work in mice whose cells were programmed to glow red if they received specific signals from genetically engineered gut bacteria. Sure enough cells all around the animals’ bodies were found to light up, including neurons in their brains (pictured).