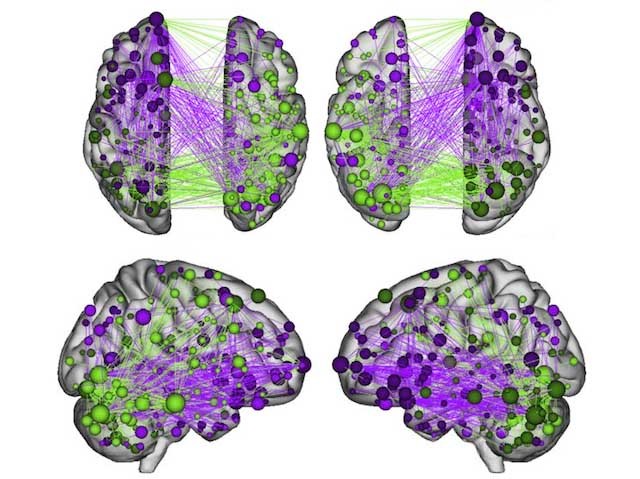 Are you left-handed? If so, you’re a member of an exclusive group comprising just 10% of the population. Because many functions are split differently between the left and right sides of our brains, researchers are curious to understand whether there are also differences in the way that left-handers’ brains are wired up compared with right-handers. By analysing brain imaging data from more than 800 people, of whom just over 100 were left-handed, researchers have discovered that there are several interconnected brain regions which show greater activity in left-handed people than right (green) and right-handed people than left (purple). The team now wants to see if these differences are also affected by sex, as males are more likely to be left-handed than females, whether there are any links between handedness and mental disorders, and what happens in the brains of people who are ambidextrous and can use each hand equally well.