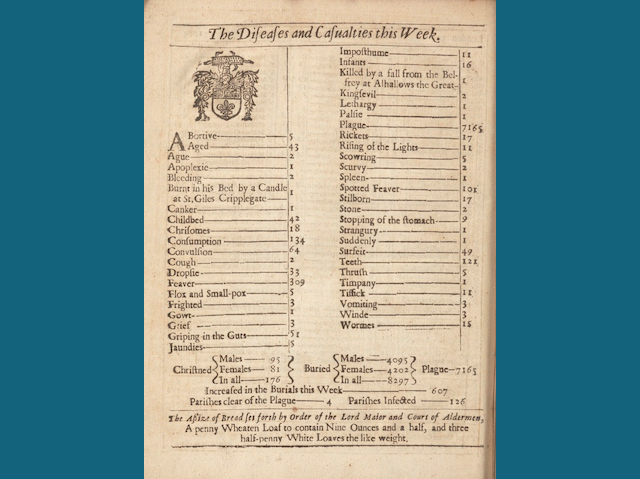 This ‘Bill of Mortality’, listing all the causes of death in a London parish during one week in September 1665, paints a grim picture of what life was like in the 17th century. These weekly bills were produced for more than 150 years, creating a valuable catalogue of the capital’s health. Because this particular bill was captured during the Great Plague of London – the last major outbreak of bubonic plague in England – the disease unsurprisingly accounts for 7,165 deaths. But hidden within this litany of sickness is another notable deadly infection: smallpox. By digitising and analysing London’s death records from 1664 to 1930, researchers have been able to map the ebb and flow of smallpox over three hundred years, tracking how outbreaks cycle with the seasons and the impact of public health measures such as vaccination. Learning lessons from past plagues can help us tackle infectious diseases like COVID-19 today.