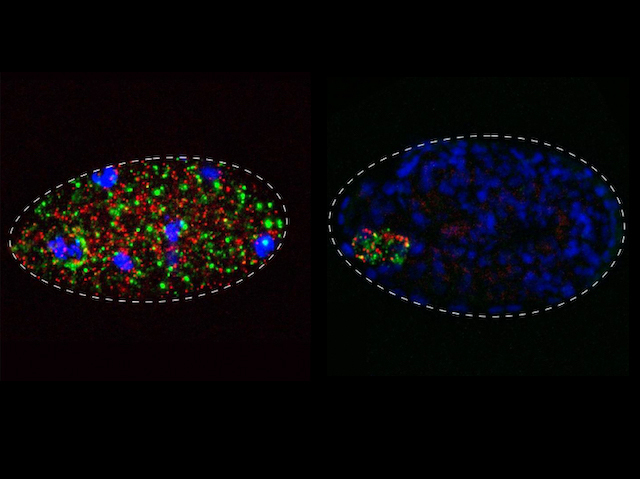 If you’re going to make a poison, it’s a wise idea to make the antidote too. Rogue genetic elements in tiny Caenorhabditis nematode worms have taken this idea to the extreme. Several species of worms carry a gene encoding a potent toxin, along with another gene that makes the antidote. Importantly, although the toxin is made in egg and sperm cells, the antidote gene is only active in fertilised embryos. And although every embryo is stacked with toxin – the red blobs in this image of early (left) and later-stage worm embryos – one in four of them won’t inherit the precious antidote gene and unfortunately will die. These toxic partnerships have been found across many branches of the tree of life, including bacteria, yeast, plants, insects and nematodes. Given that the more researchers look for them the more they find, could humans also be carrying these poisonous gene pairs too?