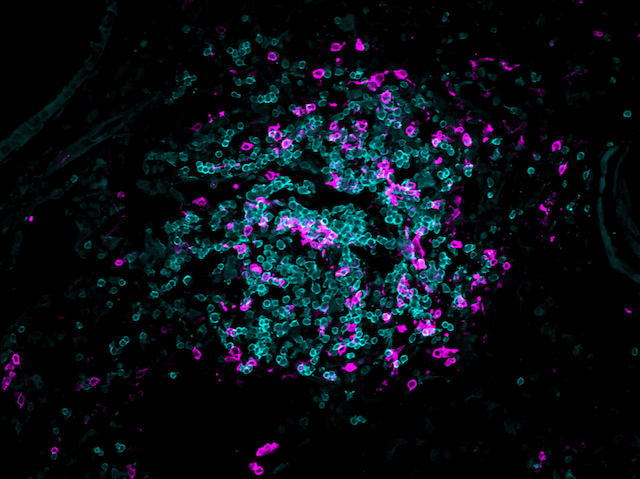 Great teams have both youthful ambition and battle-worn experience. In the body, the experience of past trials is provided by immune cells called memory T cells, which persist after one infection to guard against returning foes. These are well studied in some parts of the body like the blood, but relatively unknown within tissues themselves. A new study has revealed them in the lungs, lingering long after influenza infection and able to tackle reinfection, even from a different strain of the virus. Keeping watch at the infection site makes sense, and researchers found both alarm-raising cells and those that empower B cells – other immune system players that produce disease-fighting antibodies. The T cells (highlighted pink) closely aligned with B cells (blue) on infection to boost the defensive action. If vaccinations against any viruses could boost the production of these resident guardians, they could provide longer-lasting immunity, even against new, lockdown-inducing variants.