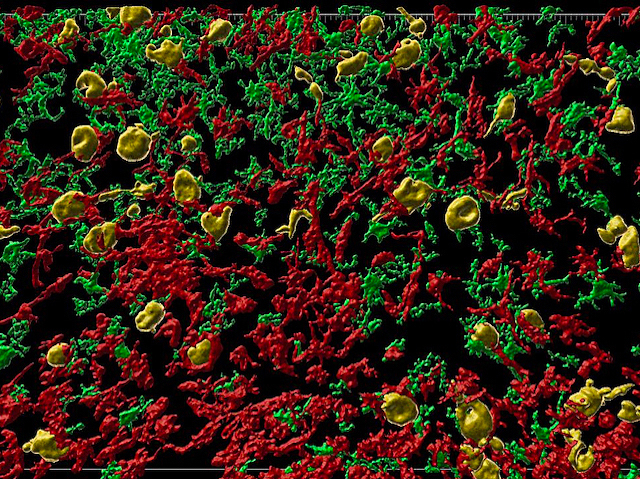 We often read about scientific discoveries that could in future lead to new treatments for incurable diseases – but how long, if successful, will that process take? To improve how well fundamental research translates from the lab to the clinic, neuroscientists developed a way of mimicking in rhesus macaque monkeys the early stages of Alzheimer’s disease, a neurodegenerative disease whose initial brain lesions can spread unnoticed for years before irreversible damage has been done and memory loss starts. Here, toxic tau proteins that accumulate in the brain of Alzheimer’s patients were visible in the macaque brain (orange) at early stages of disease progression. With this animal model that closely resembles human physiology, the team will be able to better understand the early-stage disease changes that take place in the brain, and potentially discover new insights on how damage can be slowed or reversed before the first cognitive symptoms manifest.