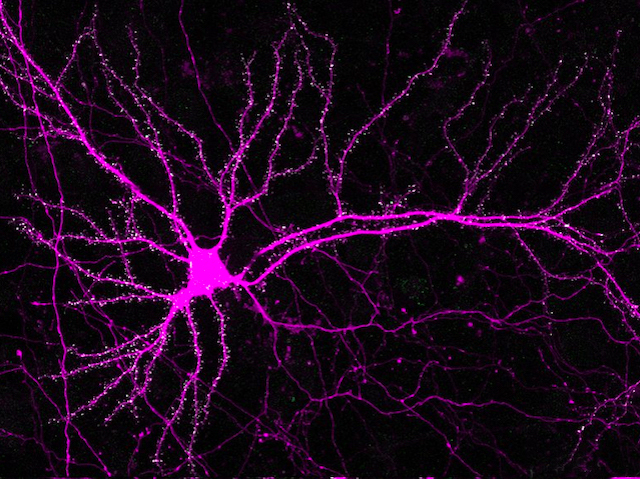 The discovery of CRISPR gene editing technology, which allows scientists to make precise changes to DNA in cells or even whole organisms, has transformed biomedical research. It’s now possible to add, remove or change stretches of DNA anywhere in the genome and see what happens. But while CRISPR makes it relatively easy to alter genes in cells that are actively replicating, it’s still challenging to get it to work in cells that are no longer multiplying, such as mature nerve cells. Now a new technique enables researchers to use CRISPR to add a stretch of DNA encoding a fluorescent molecular marker into a gene that is active in nerve cells grown in the lab like the one in this image, highlighting its delicate branching structure. The technique also works in cells in living animals, providing an important new tool for neuroscientists seeking to understand how nerve cells grow and function.