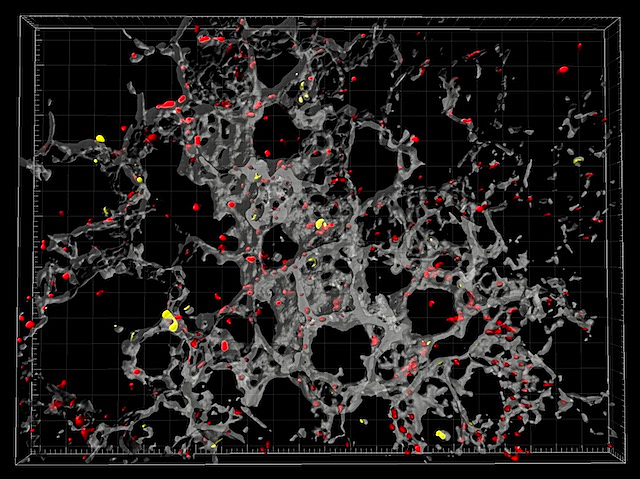 An immune response to an infectious agent is all about balance. The initial blast of inflammation, as immune cells rush to kill the invader, must be cooled to stop excessive damage to the body’s own tissues. And new research indicates that platelets – small cell fragments that circulate in the blood – are central to both this surge and suppression of immune activity. Early in an infection, platelets (coloured red in this section of bacteria-infected mouse lung) are known to associate with inflammatory neutrophils to promote a strong attack. However, recent studies show that, later in infection, platelets form associations with anti-inflammatory regulatory T cells (Tregs, yellow). This alliance prompts the Tregs to produce signals that dampen the fire. Because failure to calm and resolve inflammation is a feature of many severe diseases, including COVID-19, understanding how platelets switch their allegiance to favour resolution could ultimately lead to therapies that promote it.