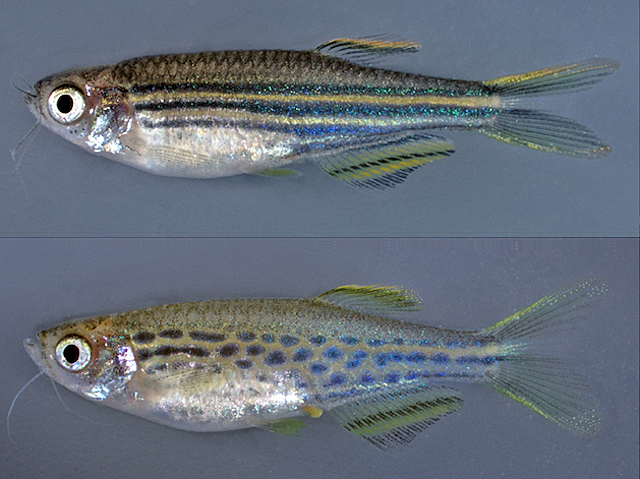 Insight into the complex genetic control of tissue patterning and colouration

Although they're almost identical in most respects, it’s easy to ‘spot’ the difference between these two species of Danio minnows. The top one, Danio quagga (named after the quagga, an extinct species of zebra) has a striped pattern of pigment cells in its skin, while the other – Danio kyathit, named after the Burmese word for ‘leopard’ – has spots. Both species are closely related to zebrafish (Danio rerio), which are often used in biomedical research as a model for more complex organisms. In fact, just a single genetic change can switch zebrafish from stripy to spotty. However, researchers studying how these patterns form during development have discovered that the genes responsible for creating spots and stripes in D. quagga and D. kyathit are more complicated than those in their zebrafish relatives, providing new insights into the underlying processes at work that control colouration, whether in fish or other animals.