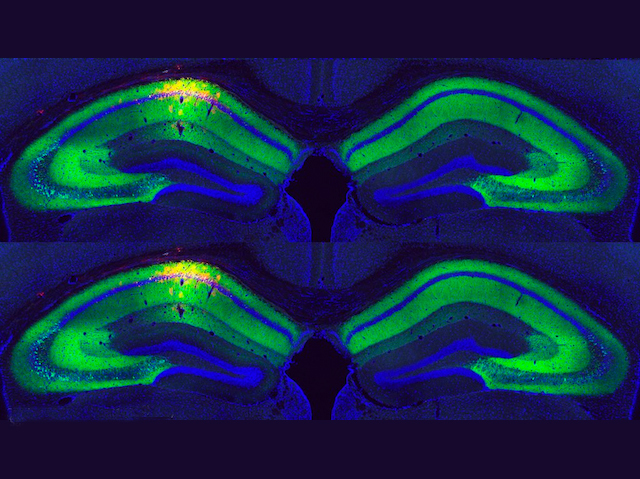 Insight into the process of synapse formation in the brain

There’s more to making a brain than putting a bunch of nerve cells together inside a skull, just as simply sticking a bunch of components inside a box doesn’t make a computer. Brain cells have to be connected to each other through structures known as synapses, creating complex circuits that ultimately generate thoughts and actions. But although the existence of synapses was proposed more than a century ago, and they were first visualised in the 1950s, we still know relatively little about exactly how they're put together. Using mice as a stand-in for humans, researchers have been exploring the molecules involved in forming synapses in part of the brain called the hippocampus (highlighted here in green), which is involved in learning and memory. They’ve discovered that proteins called latrophilins activate specific types of signals between cells that help to trigger synapse formation, revealing new insights into this mysterious process.