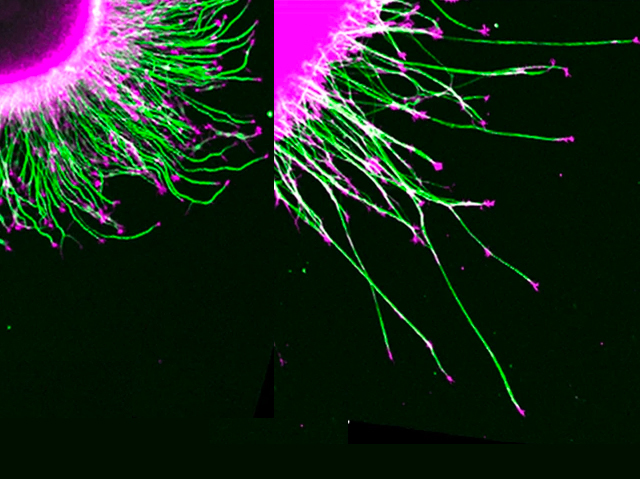 A loose connection on your TV aerial can ruin the signal, rendering it useless, so imagine what imperfect connections between brain cells might mean. Tuberous sclerosis (TSC) is a genetic disorder that causes non-cancerous tumours, and in some patients epilepsy, learning difficulties, or autism because of misconstructed neural wiring. How and why these errors occur is unclear, so researchers developed stem cells – cells with the potential to develop from scratch – from patients with TSC. The team then encouraged these stem cells to develop into brain cells (right), alongside healthy comparisons (left). They found the projections (green) reaching out from the cells were longer and followed a different pattern, showing how they may be going awry. Further investigation suggested that the misdirection was the result of an error in the signals sent to the cell skeleton. This study could eventually signal routes to new treatments.